Give a book as a present for Christmas 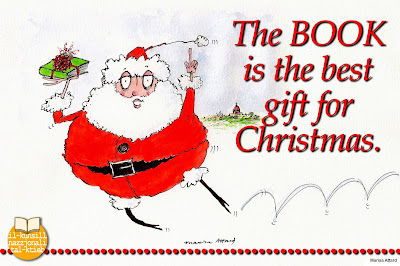 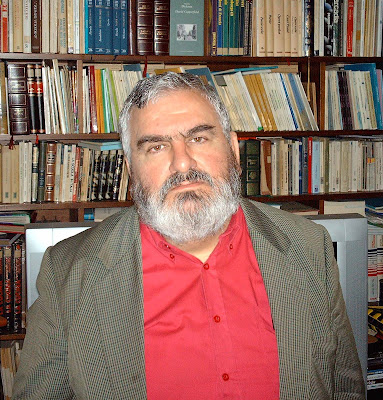 Amerigo Iannacone
Posted by Patrick Sammut at 6:55 PM No comments: 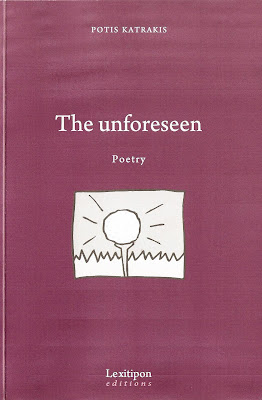 The Unforseen is a collection of 88 concise, well-written and reflective poems. The book has a Forward written by Dr. Shujaat Hussain, who is an Indian prolific book reviewer, poet and critic. The themes discussed by Potis Katrakis are various: the relation between God and mankind, destiny, war and peace, the role of the poet in today's world, the natural environment, power, politics, propaganda and mass-media, old age, youth and the role of education towards a civilised society, dreams and death, real happiness, sincerity, and much more.
The Unforseen is ideal to read bit by bit, say two or three short poems a day, and leave ample time for reflection. Dr. Hussain writes thus about Katrakis's poetry:
"He gives gifts to the world through his poetical philosophy. He leaves something behind for coming generations. His words are roses and the books preserve them, get eternity. He touches the majestic heights due to his sincere efforts and remarkable creations."
Yes, I agree with Dr. Hussain that true poetry is giving and leaving something positive behind.
About Potis Katrakis:
He was born in Demonia of Laconia, vice President of the "Bar Association of Piraeus", a Life Member of the WAAC/World Congress of Poets" (which awarded him the title of Honorary Doctor of Literature), a member of the Academy Ferdinandea (Italy), of the IWA (International Writers Association), of the World Poets Society (WPS), of the National Company of the Greek Writers, and other associations.
Many of his poems have been translated in foreign languages including English, French, Italian, Chinese, Russian, Albanian, Bulgarian, Mongolian and Spanish. He has published more than 200 literary books, and his poems are included in varous national and foreign Anthologies. Katrakis has collections of short stories, theatrical pieces, essays, novels, and a travel book about the Soviet Union. The forms he uses for his poetry are basically traditional, modern and meta-modern, including verses for songs. As a lyric writer he has produced seven compact discs: Equality, Plan of a Meeting, Loves of Sea, Islands Passions, Folkloristic Belly Dances, Love Songs and The Eyes that I Loved.
Potis Katrakis curriculum vitae is included in the Encyclopedia of Modern Greek Literature of Charis Patsis. Studies about Katrakis are: Potis Katrakis - another voice, an essay by Moschos Kefalas (Athens, 2000), and Potis Katrakis - a prolific writer, a critical essay by Zacharoula Gaitanaki (Athens 2003).

Poetry of Potis Katrakis:
With my Verses
With my verses
sometimes I draw pictures of dreams
to embellish
and to make brilliant the beauty,
sometimes I compose sounds of music
to make the chords of souls
to vibrate delightfully
and sometimes I engrave messages
in the memories of the people
to light their way
to a better future.
With my verses I become
painter, musician, teacher.

The Poets
Prosper those poets
that poetry chooses them
and not those poets
who choose the poetry.

The Great Poets
The great poets
can be equal to gods
and win
even the death
making divine achievement.

The Word of God
To be persuasive
the word of God
must be taught
mainly and firstly
with the example.
The speech by pulpit follow.

Land of the Mediterranean
Land of iridescent light
and colours,
of calm of souls,
of hothouse of dreams,
of the eternal spring
of our feelings.
Land of the Mediterranean.
It's nothing to be surprised
because you were, you are
and you will be
the cradle of Gods, of civilization
and of the music of angels.
Posted by Patrick Sammut at 10:09 AM No comments: