4 images from coast of Gozo 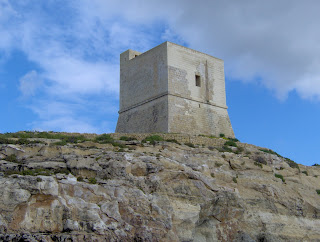 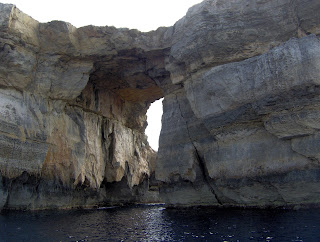 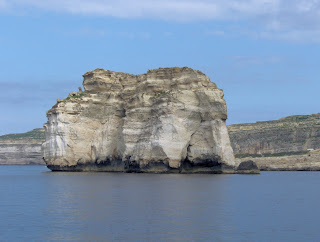 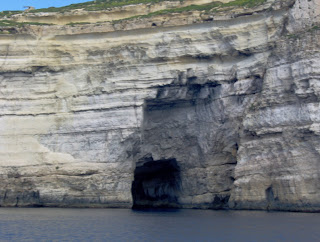 This February I took part again in a SPEAR activity, this time on a boat trip around Gozo. I and the Environmental Science teacher, Konrad Pirotta, together with 9 students, left Cirkewwa at 8.45 a.m. on a lancja. The sites we were focusing on are Xlendi Bay and Dwejra Bay.

The four photos here testify the marvellous coastline of Gozo. The first photograph shows one of the watch-towers built during the period of the Order of St. John (1530-1798) to guard the islands against possible invasions from the Turks. The fourth photo shows one of the many semi-submerged caves and caverns along the Gozitan coastline. The second photo shows the Dwejra "Window", while the third photograph shows the Fungus Rock (known in Maltese as Il-Gebla tal-General, The General's Rock).

Posted by Patrick Sammut at 7:10 PM No comments:

I originally wrote these two poems in Maltese. However, some time ago I decided to translate them in English to give an idea - to those who are not familiar with Maltese - of the contents of my verse which discusses social issues such as war, famine, racism, inequality and the like. Borders originally was named Albania: I wrote it after watching a documentary on Italian tv about the social situation in Albania some years ago. The title of the second poem is heavy with irony: peace is weakening as time goes by. However, there are strong personalities such as Pope John Paul II, who beleived in peace throughout all his life.

Help
The plea of thousands
The plea of youth, women and men
The aged and newborn one wrinkle
Their arms wide open
Praying to be given a handful of bread
A sip of water and shelter.

Tv spectators
Me and those around me
Pity comfortably our neighbour’s misfortunes
Sinking in crocodile’s tears
Moaning ‘cause of ulcers in our stomachs
‘cause of our greed in which we’re drowning.

Here
We walk godless
The same closed circle
’Til we stand no more, unknowingly,
and with the touch of a button
we go back to Apathy
kings, queens, ruffians of Vanity
blind and deaf, smiling...

The borders that divide us are still with us
Tangible, not ghosts of the past.


A toast to peace

The word of peace was transformed
In a stone-sling
The promises melted in tear gas
Youth is lying dead massacred in the streets.
Dressed in a double-horned hat for the occasion
The politician-clown wears a hypocritical smile
Traversing his whole face
Mumbling bombastic nonsense
Promising heaven on earth
In the near future.
The guardian of justice
Washed his hands
And he who acts apelike since birth
-And spits in the face of his sheepish neighbour-
Was given the right to kill in a split-second
once, twice, thrice
knowing that dressed in jacket and tie
can easily gain his liberty through bail
or else live scot free hiding behind insanity.
Mother earth, mother of us all
Is breathless
Drowning in her offspring’s blood.

And we are too busy and in a hurry
Can’t afford a short moment of reflection...
Two thousand years after, daydreamers
We’re still searching the grail of justice!
Posted by Patrick Sammut at 7:32 PM No comments: