Poetry and the Gaza Children 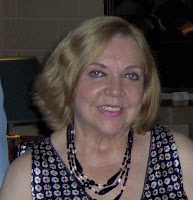 For many of us Israel, Gaza and the Palestine question are all far away, or at least present only when we watch tv or read the newspaper. Many of us ask, "How can that be? How can that massacre happen? How can they let them do such terrible things on civilians? How can certain superpowers do whatever they like without any kind of reaction or sanctions from the civilized world? Are we really civilized? How can we say and do nothing in front of such bloodshed?" Imagine us in the place of the Gaza/Israel innocent civilians.

This wants to be a condemnation of both sides. Both sides are behaving unetichally and without any respect towards their brothers or rivals. Both Hamas and Israel have dirty clothes to wash and say sorry and pay for their atrocious acts.

Children dying in Gaza
did not have the privilege
to celebrate the 2009 new year
with their innocent laughs.
Their days, months, few years of life
were filled with darkness and fear,
tears and pain. Their blood fertilizes
the exact piece of land where
they were born. Their land.

In my understanding, this war in Gaza
is not justified in any way by any side.
It does not matter to me who
is the landlord of the rich settlements,
or the poor Palestinian houses next to them.
I don't care who is paying
with the obligatory federal taxes for
the arsenal. I consider criminals
and killers the people who are launching
the missiles, who are selling and who are
buying these terrible weapons of death.
I condemn the hands that are taking lives
of innocent people on both sides
of the border, although the number
of deaths in Gaza speaks for itself.

The life of a child is worth more
than the whole land, more than
all ideologies and religions or the
politics of drawing new maps according
to the winners of any war.
Each child is the owner for a lifetime
of the land where she is born.

TERESINKA PEREIRA
Posted by Patrick Sammut at 9:36 AM No comments: 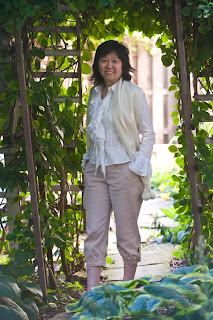 I met poet Agnes Lam for the first time at the entrance of the Magna Grecia Archaeological Museum of Reggio, in South Italy, last November 2008. She was together with other poets from all over the world and who had participated in the Nosside International Poetry Competition 2008, and also winners of various prizes. The thing I remember best is her magical reading of her winning poem (Special Mention), Vanilla in the stars (see below). People present were bedazzled by the way Agnes Lam read her "cosmic" poem. Nosside gave us all the opportunity to meet people like Agnes: intelligent, brilliant, sincere, friendly, humble and inspiring.

Agnes S. L. Lam (poet, essayist, literary critic) completed her PhD at the University of Pittsburgh and is currently an Associate Professor at the University of Hong Kong. She has published two collections of poetry, Woman to Woman and Other Poems (1997) and Water Wood Pure Splendour (2001), and her work has appeared in anthologies around the world. Other publications include several short stories, scholarly monographs, and other creative and critical works. Her articles on Hong Kong writing in English have also appeared in World Literature Today and World Englishes. She was awarded the title of Honorary Fellow in Writing by the University of Iowa in 2008 and received the Nosside International Poetry Prize (Special Mention) in the same year. Her current research on Asian poetry in English is funded by the Hong Kong Research Grants Council.

Vanilla in the stars

When I was a child,
I used to gaze at the stars above

our garden of roses, jasmine and lingzhi by the sea,
wondering how far away they really were,
whether they were shining still at the source
by the time their light reached me …

I was told that everyone was born with a star
which glowed or dimmed with the fortunes of each.
I also heard people destined to be close
were at first fragments of the same star

and from birth went searching for each other.
Such parting, seeking, reuniting might take
three lifetimes with centuries in between.
I had thought all these were but myths …

Now decades later, I read about the life of stars,
how their cores burn for ten billion years,
how towards the end, just before oblivion,
they atomize into nebulae of fragile brilliance –

ultra violet, infra red, luminous white, neon green or blue,
astronomical butterflies of gaseous light
afloat in a last waltz choreographed by relativity,
scattering their heated ashes into the void of the universe …

Some of this cosmic dust falls onto our little earth
carrying hydrocarbon compounds, organic matter
able to mutate into plant and animal life,
a spectrum of elemental fragrances …

Perhaps on the dust emanating from one ancient star
were borne the first molecules of a pandan leaf,
a sprig of mint or basil, a vanilla pod, a vine tomato,
a morning frangipani, an evening rose, a lily of the night …

Could that be why, on our early encounters, we already sensed
in each other a whiff of something familiar, why, when we are near,
there is in the air some spark which seems to have always been there,
prompting us to connect our pasts, share our stories even as they evolve …

… perhaps to make vanilla in a star to be
before the next lifetime of three?

Agnes Lam, 9 May 2008, Rodrigues Court, with reference to Sun Kwok’s book, ‘Cosmic butterflies’
The rape of a nation

Larger than life,
they were soldiers
in the streets of darkness,
shadows with no faces,
burning, raping, killing
in a land not their own,
a battle not of their making.
I was watching
by the side with others.
They did not see me
or the other watchers.
But I could hear the screams,
smell the wet of the blood,
see the red of fire.
I was doing nothing.
Nothing was done to me.
But I felt the desperation of both
the perpetrators and the victims
in the rape of a nation.
Was it from another time?
Another space?
Was it just television?
Or a hallucination? A prophecy?
A fragment of collective memory?

Other poems can be read on: http://iwp.uiowa.edu/writers/index.html