Nowadays, it is not uncommon to come by a poetry collection compiled by more than one poet. This happens either because of the expenses one needs to publish a book or because the same poets see in themselves a similar trait or feel themselves to be related in some way. The latter is, for sure, a good reason for this collection, titled Trifolju ta' Lwien  as all three poets, namely, Mario Attard, Frank Zammit and Patrick Sammut were, or are, teachers at the same school - De La Salle College. This poetry compilation is  given to us in a very modern format and comes with a biography of all three poets and a foreward by Prof. Oliver Friggieri.
They felt the need to join forces for full effect. Three contemporary poets  writing in favour of nature, of the beauty of their country, the environment, their desire to right the wrongs that society does to country and lifestyle and of the many dissatisfactions felt due to the onslaught of time. This collection is a three-pronged dig at the deterioration of morals, of environment and harmony around them. While they bemoan the beautiful things lost to time, never to be retrieved again, at the same time they are not pessimists because hope is omnipresent in their lines, perhaps as a means of comfort.
Mr Attard, an ex-teacher, being the eldest of the three, is the one who mostly puts forth a nostalgic trend for the place where he grew up, his simple family life in a religious environment, as well as displaying patriotic and romantic elements. He remembers with nostalgia, the good morals his mother instilled in him. He is very critical of the changes to his direct environment, Cospicua and in a romantic twist laments love that goes astray, see Għaliex?
In Mr Zammit's poems, we see a patriotic trend as well, perhaps, because he lives in Australia, very much away from all things Maltese and therefore, tends to feel nostalgic of all he has known in his country. His love for the patria is visible in the poem Fejn Hi Dik Malta Li Ħallejt Warajja, where he says he is displeased with the many changes his homeland underwent. Like everbody else, he shows himself displeased with war and the throes it brings about, Jien Iben is-Sirja. He is the one who at times, turns to classic poetry when he feels very strongly about something.
Mr Sammut is a poet, a writer of children's books, textbooks, an excellent critique writer as well as a lecturer. His analytical essays portray an amazing grip of this art and are always  exhaustive of the subject in hand. His poems are very descriptive and show him to be very observant. They are indicative of a sensitive person who wants to better life, environment and lifestyle. He has a splendid way of describing things and places, situations that provide the readers with a clear picture as though they are living beside him, see Jum ta' Btala, Hemm Żminijiet... He does not feel comfortable in this materialistic world and yearns to better it. What is predominant in Sammut is the maternal-filial element. He feels strongly about family ties and the love his mother bestowed on him and feels that life is worse off without her presence in Tifkira ta' Omm. He feels one with nature and a good day for him is one that he spends outdoors with his family. Pawsa is a poem that shows him to be an up-to-date person with the entertainment scene.
Trifolju Ta' Lwien is a collection that should go down well with everyone as it has everything, an easily understandable verse that is also rich in metaphor and sensitivity  without  being overtiring to the mind. It is the work of three sound men who share the same ideals that make for a good citizen and a better world.

POEM TO THE SOLITARY POET 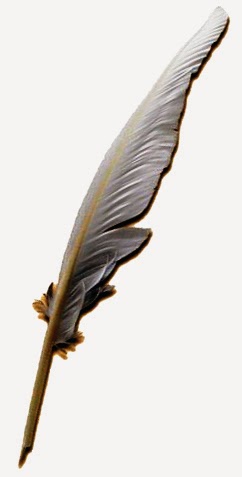 Our universe is different:
we are closer to the stars
and soon we will be one of them
in time to avoid absolute
solitude.
Meanwhile, as we live,
the years are obstinate
in remembering our struggle
against death,
which at last,
is our greatest victory!

Posted by Patrick J Sammut at 7:23 AM No comments: