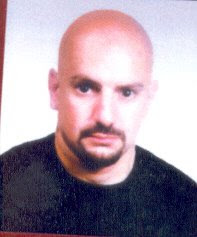 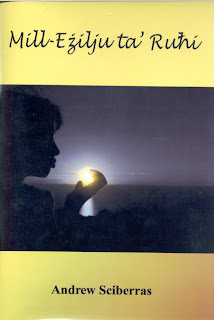 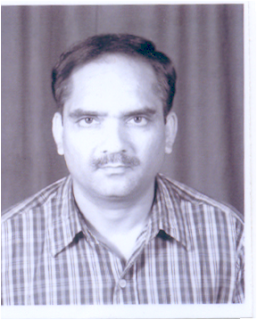 1. I must admit that I found the language you use in your poetry quite different from the usual form . Could you please elaborate a bit ?
A.K.C: Free expressions and free thoughts are celestial fires that compel me to adopt a novel style rather than others style howsoever mighty legends they might be at the literary horizon.
Secondly, my heart does not allow to be a mere puppets of the different literary traditions prevalent amidst the creative milieu across the globe . Thirdly , literary tempo, novel thought and poetic wisdom make a poet different from others.

2. What about the large number of exclamation marks and apostrophes in your poem ? An I right to say that yours is also a poetry of protest ,irony, a poetry which wants to make things move and change ?

A.K.C: The large number of exclamation marks and apostrophes symbolize each moment of breath people inhale for sake of life. The massage of my poetic paysage is not only to savage the wage of the earthly cage but also to arouse sensations and literary whirlwind amidst the human beings as a whole.Exploration,innovation,sensation and imagination are the poetic pearls through which I expect changes in the existing pattern of society.
3. How do you react to this statement?Chaudhary’s poetry is midway between being simple and complex at the same time.”
A.K.C: No doubt my poetry is midway between being simple and complex at the same time.But my poetry is near simplicity rather than complexity.Simplicity of languages, words, expressions etc is my poetic parlance through which complexity is avoided for sake of muse lovers.To convert complexity in to simplicity is the poetic quality of first water.
4. Do you believe that poetry should be only a play of words and art for arts sake,or bear only a message,or both?

A.K.C: The portry is neither a play of words nor art for art’s sake. The muser is for words what wind hover is for small birds. My poetic massage is such bride that becomes a glittering star amidst the wedding parties of words, arts, and techniques .In other words one can say that these wedding parties accompanied with words, techniques, arts and many more in the disguise of poetic trimming multiply the intensity of the poetic beauty.But how to make a bridge with these things is the part and parcel things poets must be acquainted with.

5. Do poets in India have their organizations, publishers and publications where to voice to their poetry? Some examples?

A.K.C: Though there are a number of literary organizations, publishers and literary journals working separately at many places in many languages in India,yet the situation is not satisfactory for the poets in general and peeping poets in particular.
Having gone through their earnest desires I laid the foundation of two international literary associations: International Association of Poets,Essayists and Novelists(2006) and International Haiku Association(2008)(www.kohinoorjournal.com) in India and started voicing the poets through KOHINOOR, a bi-annual international literary journal from January 2007 onwards.My another bi-annual journal AYUSH is going to be launched from January 2009 .The I.A.P.E.N. publication has also started publishing poetry collections. Here is a list of some other publications:

However there is a great challenge for me how to unite and work under one parental organization.

6. From where does Arbind Choudhary get his poetic inspiration?

A.K.C: Spontaneous overflow of divine feelings, sensations and suffering humanities are the things that fire my poetic imagination to its utmost degree inspite of the muddy surroundings I belong .Anuradha ,my sweet heart, also adds fuel to the flames of poetic fire from time to time .The bliss of solitude and sting of the critics enhance my poetic intensity for innovation and exploration.

7. As a human being and as a poet ,which things in life are most important for Arbind Choudhary ?

A.K.C: To be a human being without poetic pigment is like a soulless flesh. To be a poet is better because my love lies in poetry rather than elsewhere.To mould the fetor into an odour is the celestial fire of the muser,times best jewel.The ether of the poetic zether is the fetor if does not replace the fusty of nebulosity in favour of celectial odour across the globe.The poetic paysage pierces the paling hearts,sooths the solitude and stirs sensations for purifications .My maiden wife in life is poetry.
8. Arbind Choudhary and India : things that he loves, things that he wants to see improved ? How do you see India in the future economy wise and culture wise .

A.K.C: The thing I love at utmost degree in India is her cultural prosperity Indians have had from the last five thousand years. The matter I want to see improved is emotional sufferings of Tom. Dick and Harry. Surprisingly, poets protest against disparity of penury rather than emotional precocity through their pitta paysage .
To gain prosperity in penuniary at the feretory of cultural prosperity will really be a pyrrhic victory for the Indians where fragrance of the hilarity will be worse than the pong of the penury. So prosperity achieved at the cost of cultural extinction will be fatal for all.
Sangam Culture that removes precocity will flourish in future in India .
I have little hesitation while I declare that India is going to be a super economic power up to the mid of this century.

Dear poet Arbind Kumar Choudhary, a big THANKS for your cooperation and patience.

Posted by Patrick Sammut at 7:33 PM No comments: