A short holiday in CYPRUS

I, together with my family had the opportunity to spend three days in Cyprus, the island of Aphrodites. As a Mediterranean island, Cyprus has much in common with our island Malta (but is much bigger!). I found the place very welcoming and familiar, and the people too are very similar to us Maltese. Cyprus has been divided in two since 1974. There is the Southern part of Cyprus which is part of the European Union, and the Turkish Republic of Cyprus in the North. You have to use your passport to cross the border, but even the Turks are tourist friendly and do their best to make them feel at ease.
We stayed in Nikosia (Lefkosia) but managed to visit Kyrenia in the North and the Turkish occupied part of Nikosia. We saw some UN soldiers here and there. We also visited Petra Tou Romiou where legend says that Aphrodite was born. Another beautiful place was Paphos in the South West of the island. Kyrenia, Petra Tou Romiou, Larnaka Beach and Paphos are all beautiful coastal and tourist resorts.
Time gave us the opportunity to cross the Troodos Mountains - including Olympus mountain, where there is the radar station. Life there is different and the views are splendid and magical at the same time. The countryside is made up of small villages, small churches, monasteries, cafes where you can eat Cypriot cake, bridges, herds of goats roaming in the greenery, streams of water, and much more.
This year's April was the Easter season and one may see colourful rabbits, easter eggs and chickens in the roundabouts or in the cities' corners, but also in the mountain villages.
Cars drive on the left side of the road like in Malta, and the traffic signs are in both Greek and English. The native people in general speak good English. 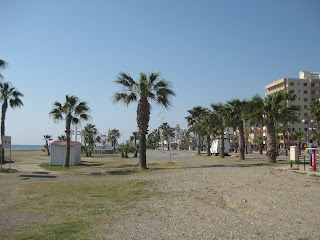 Right: Larnaka beach
Below: Snow on the Troodos peaks 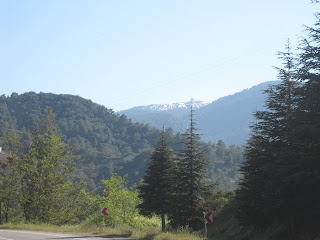 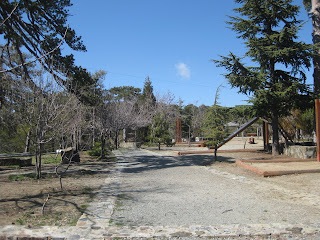 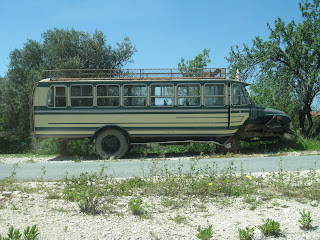 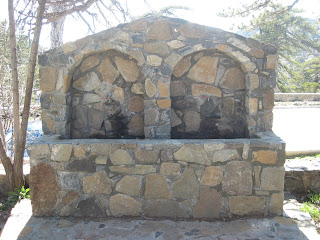 Images from the Troodos Mountains 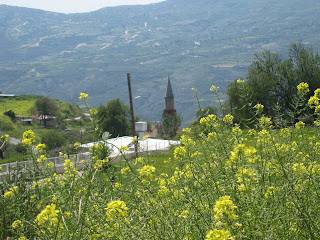 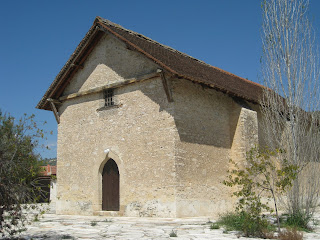 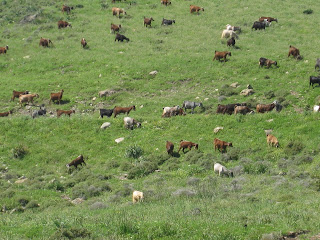 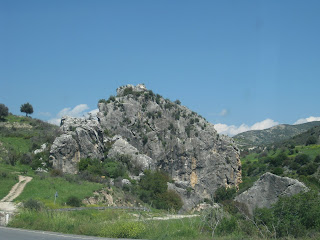 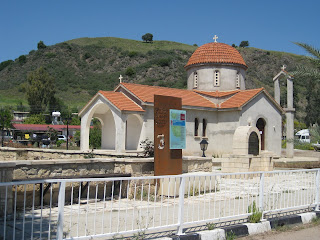 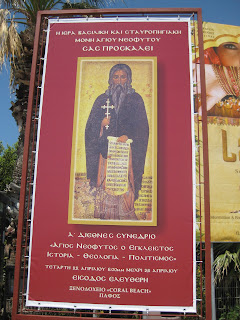 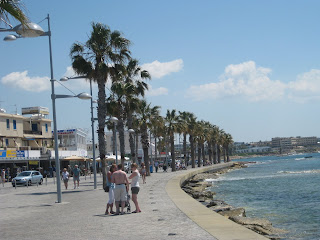 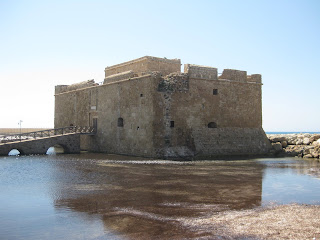 Right: The Castle of Paphos 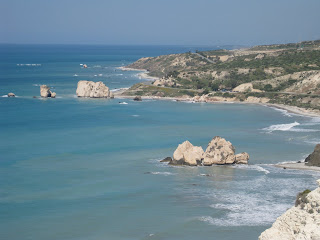 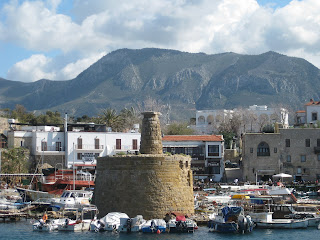 Right: Kyrenia and the old lighthouse 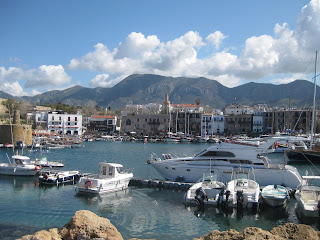 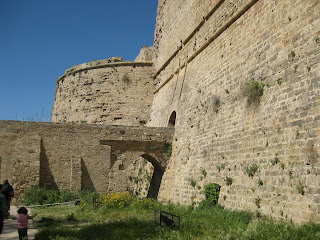 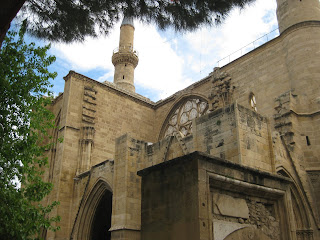 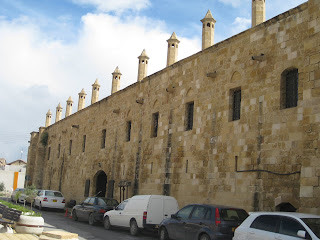 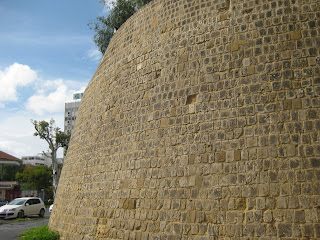 Left: Part of the Venetian walls in Nicosia.

Posted by Patrick Sammut at 10:05 AM No comments: